In 1998, at the request of local community leaders including the Perry County Chamber of Commerce, Lincoln Hills Development Corporation (LHDC) became involved in efforts to preserve the Indiana Cotton Mill.  In 1999, LHDC purchased the mill, and adjoining property, and transferred the property to its subsidiary, Cotton Mill Apartments, Inc. and began efforts to preserve, rehabilitate and convert the mill into 70 units of affordable rental housing.
After over 3 years of painstaking efforts, LHDC – with the assistance of numerous partners, investors and supporters – was successful in preserving this National Historic Landmark for the enjoyment of future generations.  At the time LHDC became involved in the project, the Indiana Cotton Mill was ranked the #1 Most Endangered Historic Landmark in the state by the Historic Landmarks Foundation of Indiana 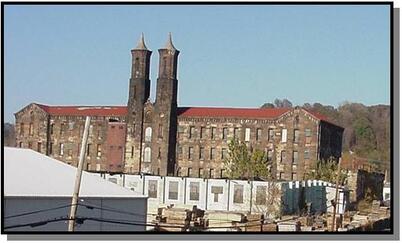 LHDC has won numerous awards for its work in preserving and restoring the Indiana Cotton Mill, including: 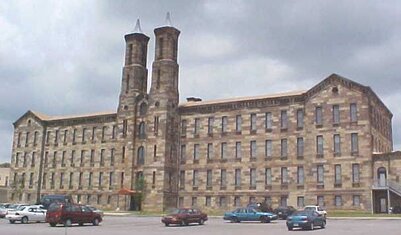 The accolades keep coming for Lincoln Hills Development Corporation (LHDC) and the Indiana Cotton Mill. On October 2, 2003 the National Trust for Historic Preservation recognized Lincoln Hills Development Corporation, and others who partnered in the mill’s restoration, with its National Preservation Honor Award. LHDC Executive Director, Larry K. Kleeman, and Deputy Director, Gary Zellers, were in Denver, CO to accept the award during the National Trust’s annual conference. LHDC’s was one of only 21 national awards presented by the National Trust this year, in recognition of its successful efforts to preserve, rehabilitate and convert the mill into seventy (70) units of affordable rental housing.

Previous LHDC Executive Director, Larry K. Kleeman, said  “on behalf of our board of directors and staff, and our many partners on the project, I am honored to accept this award. To the best of my knowledge, this is the first national award that LHDC has ever received in recognition of the important work that we do.”